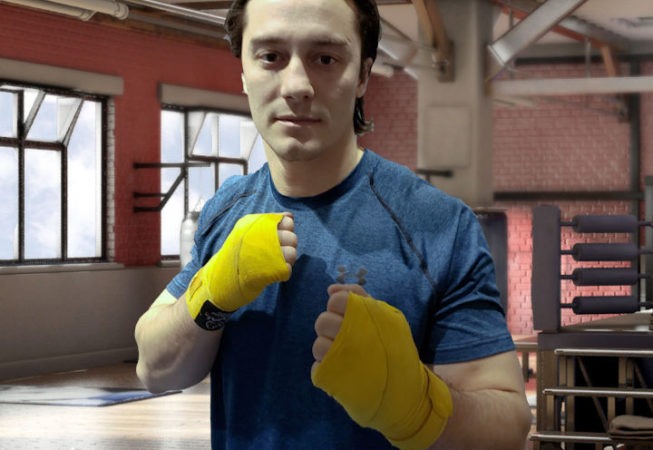 Cory is a firefighter with the Calgary Fire Department, and sidelines as a small-town hot dog eating champion. Cory was born and raised in Ontario and moved west to Alberta in 2009 to pursue a career in the military. After five years in Edmonton, he journeyed south to take a position with the City of Calgary. To date, Cory’s proudest life accomplishments are eating twelve racks of ribs at Montana’s with four of his closest friends and winning first place in the 2018 Men’s Weekend Hockey Tournament in Nashville, TN. Cory is fighting in support of the Calgary Firefighters Burn Treatment Society and has been preparing for his match by watching several hundred hours of Mike Tyson fight videos.