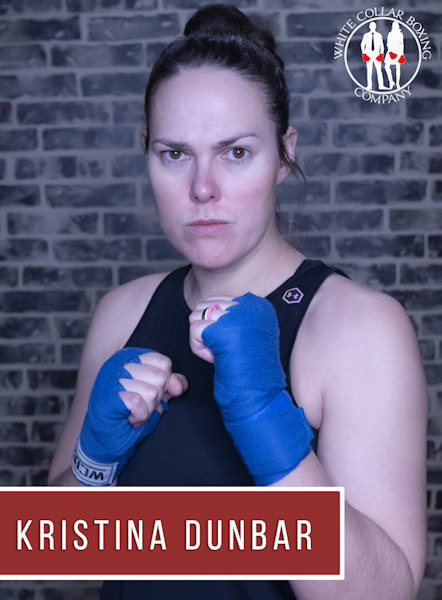 A former member of the “Deadly Viper Assassination Squad”, an elite, shadowy group of assassins, and a formidable, ruthless warrior trained under martial arts master Pai Mei, she served as the right hand of Bill, her boss and lover, a position that provoked the furious envy many fellow Vipers. The only Viper to have been taught the “Five Point Palm Exploding Heart Technique”, an assassination method of killing a person by quickly striking five pressure points around the heart with the fingertips. After the victim takes five steps, the heart explodes, and they fall dead. Pai Mei supposedly refused to teach this technique, which was said to be “the deadliest blow in all of martial arts”, to anyone other than Kristina. Unfortunately, she is wearing boxing gloves tonight, and unable to utilize this skill. Hopefully the skills she has learned over the past three months at White Collar Boxing will have prepared her for tonight’s challenge.